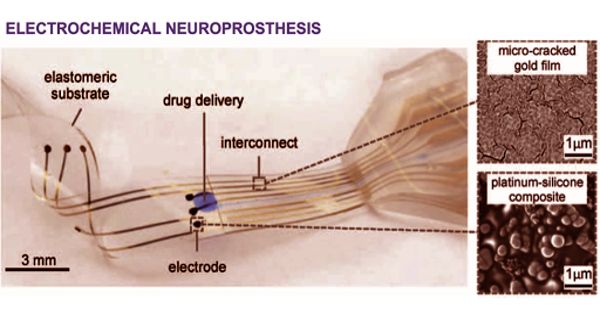 Neuroprosthetics – a discipline related to neuroscience

Neuroprosthetics – a discipline related to neuroscience

Neuroprosthetics is the use of direct electrical stimulation of the nervous system for functional performance. It also called neural prosthetics, is a discipline related to neuroscience and biomedical engineering concerned with developing neural prostheses. The objective of neuroprosthetics is to allow brain-injured people to participate in everyday life and enhance the quality of life. It is devoted to studies of brain-machine interfaces and neuroprostheses and aims at bringing together the most outstanding work to develop and explore devices and strategies in humans and animals.

The objective of neuroprosthetics is to allow brain-injured people to participate in everyday life and enhance the quality of life.

A neuroprosthetic is a device that replaces the function of a damaged body part and interfaces with the nervous system. Neuroprosthetics encompass a variety of artificial devices or systems that can be used to enhance the motor, sensory, cognitive, visual, auditory, and communicative deficits that arise from acquired brain injuries. They are sometimes contrasted with a brain-computer interface, which connects the brain to a computer rather than a device meant to replace missing biological functionality. 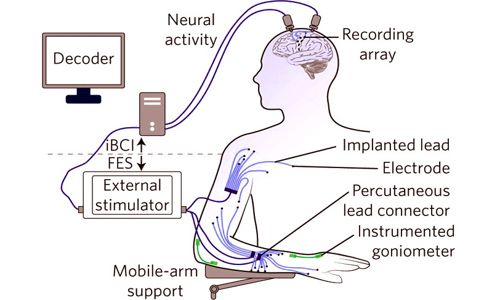 Neuroprosthetics is the use of direct electrical stimulation of the nervous system for functional performance. It is already an area of high clinical value. Neural prostheses are a series of devices that can substitute a motor, sensory, or cognitive modality that might have been damaged as a result of an injury or a disease. The brain is comprised of specialized cells called neurons. One of the things that makes these cells unique is that they send information via electrical signals, which travel quickly through large networks of neurons to coordinate various brain functions. Cochlear implants provide an example of such devices.

These devices substitute the functions performed by the eardrum and stapes while simulating the frequency analysis performed in the cochlea. Scientists have taken advantage of this electrical signaling in designing neuroprosthetic devices. A microphone on an external unit gathers the sound and processes it; the processed signal is then transferred to an implanted unit that stimulates the auditory nerve through a microelectrode array. Electrodes can be used to deliver electrical current to neurons, and neurons will respond to that current similarly to how they respond to a signal from another cell. Through the replacement or augmentation of damaged senses, these devices intend to improve the quality of life for those with disabilities. Therefore, scientists can create devices to replace damaged cells as long as they know how to replicate the electrical signals normally sent by those cells.