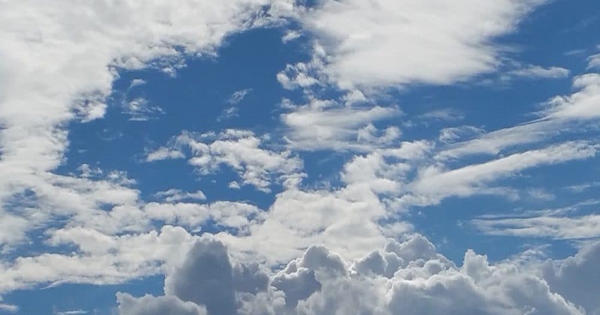 Climate change is the pivotal issue of our time. Based on numerous lines of evidence, it is now more certain than ever that humans are altering the Earth’s climate. The atmosphere and oceans have warmed, causing sea-level rise, a significant decline in Arctic sea ice, and other climate-related changes. The effects of climate change on people and nature are becoming more visible. Flooding, heat waves, and wildfires have caused billions of dollars in damage. Changes in temperature and precipitation patterns are causing rapid changes in habitats.

According to a new analysis of satellite cloud observations, global warming causes low-level clouds over the oceans to decrease, resulting in even more warming. The study, led by Lawrence Livermore National Laboratory (LLNL) researchers in collaboration with colleagues from Scripps Institution of Oceanography and NASA Langley Research Center, is published online in Nature Climate Change.

The analysis of satellite observations contributes to reducing a long-standing uncertainty about climate change: How will marine low-level clouds change as the planet warms, and how will this affect global warming? These clouds, such as the stratocumulus clouds responsible for San Francisco’s often gloomy summers, are widespread over the world’s oceans and significantly cool the planet by shading the surface from sunlight. According to the new research, the cooling effect will be reduced slightly as the concentration of carbon dioxide (CO2) in the atmosphere rises. The warming caused by increased CO2 gets a boost from cloud reductions, creating an amplifying feedback loop.

“We discovered that low clouds will likely amplify global warming, but the effect of this positive feedback is more muted than previously thought,” said Tim Myers, LLNL climate scientist and study lead author.

The reason for the more muted effect? Regional differences in the response of low clouds to warming.

Over the last several decades, international and national research communities have developed a progressively clearer picture of how and why the Earth’s climate is changing, as well as the effects of climate change on a variety of human and environmental systems. In addition, research has evaluated actions that could be taken, and in some cases are already being taken, to limit the magnitude of future climate change and adapt to its effects.

The researchers then calculated what their new low cloud feedback value means for climate sensitivity, or the amount of planetary warming caused by doubling CO2. They discovered that climate sensitivity is most likely (two-thirds chance) to be between 2.4 and 3.6 degrees Celsius (4.3 and 6.5 degrees Fahrenheit), a lower and narrower range than previous estimates.

Their findings highlight some critical flaws in global climate models, which produce widely disparate responses of marine low clouds to warming, owing in large part to their inability to directly simulate the small-scale physical processes that govern cloud behavior.

To put their method to the test, the researchers used a highly unusual and extreme sea-surface warming event, known as a “marine heatwave,” that occurred in the northeast Pacific Ocean in 2015.

“We demonstrated that we can accurately predict cloud changes detected by satellites during the marine heat wave, so we are confident that we can predict how clouds will respond to global warming,” Myers said.