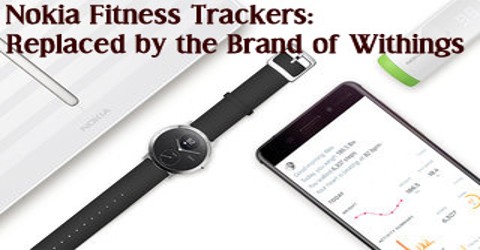 Nokia Fitness Trackers: Replaced by the Brand of Withings

Nokia Fitness Trackers: Replaced by the Brand of Withings

Nokia bought the French Technology Firm (Withings) last year and while it will continue to release fitness trackers and other health products, it will adopt the Finnish parent’s name going forward. Withings’ devices and software will be rebranded under the Nokia banner later this summer (2017). Withings’ existing line of smart watches, blood pressure monitors, thermometers and cameras will all come under the Nokia brand. Nokia also plans to launch a redesigned version of the Withings Health Mate app that is meant to tie all of the devices together and provide users with a “360-degree view of health.” The 360-degree view will also come in the form of a new HIPAA-compliant Patient Care Platform.

“Withings joined Nokia because we share a vision to inspire individuals to take control of their own health. With the full power of a brand recognized for trust, reliability and quality, we will reach more people and impact more lives to help the human family be healthier together,” said Cedric Hutchings, vice president of digital health at Nokia. Nokia branded health devices will be available in early summer from a number of retailers in the UK, including Amazon, John Lewis, Argos and Currys PC World.

Nokia is returning to the Smartphone market in 2017 too, with several new handsets sporting the name launching this year.

It’s been less than a year since Nokia completed its acquisition of the French smart devices maker and now it the Withings brand is about to be sunset. Withings was acquired by Nokia in June 2016 for $191 million.

“Nokia is a powerful global brand that is synonymous with innovation, connectivity and great design,” said Cedric Hutchings, Nokia’s VP of Digital Health, Nokia in today’s press release. “Withings joined Nokia because we share a vision to inspire individuals to take control of their own health. With the full power of a brand recognized for trust, reliability and quality, we will reach more people and impact more lives to help the human family be healthier together.

For most consumers, the Nokia brand is probably more recognizable than “Withings,” which had its fair number of fans but was always somewhat of a niche product. In this context, it makes sense for the company to sunset the old branding.

Withings is a French consumer electronics company headquartered in Issy-les-Moulineaux, France, with offices in Cambridge, Massachusetts, USA, and Hong Kong, distributing products worldwide. Withings is known for design and innovation in connected health devices, such as the first Wi-Fi scale on the market (introduced in 2009), an FDA-cleared blood pressure monitor, a high-definition wireless security camera, a smart sleep system, and a line of automatic activity tracking watches. Withings was founded in 2008 by two executives from the technology and telecom industry: Éric Carreel, co-founder of Inventel, and Cédric Hutchings. The company’s first product was the connected body scale, which officially launched in June 2009. Withings received a $30 million investment from Bpifrance, Idinvest Partners, 360 CapitalPartners, and Ventech in July 2013.

In April 2016, Nokia announced it had struck a deal to acquire Withings and integrate it with the group’s Nokia Technologies division. The deal closed on 31 May 2016. The CEO of Withings Cédric Hutchings, became the leader of the new Digital Health business of Nokia Technologies, the successor of Withings.

On 23 December 2016 Withings products were pulled from the Apple Store for unclear reasons, allegedly, as an act of retaliation following the escalation of a patent dispute between Apple and Nokia.

On February 26th, 2017, it was announced that Withings is to be no more as a brand: its devices will be sold under the old Nokia brand, starting sometime in summer 2017.