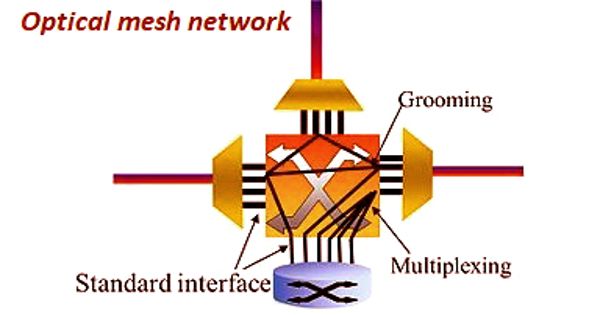 Optical mesh networks were a huge advancement in optical fiber telecommunication network systems. Most optical mesh networks use fiber-optic communication and are operated by internet service providers in metropolitan and regional but also national and international scenarios. OMN networks evolved from the digital-cross-connect systems with mesh architecture that were used in the 1980s. It refer to transport networks that are built directly off the mesh-like fiber infrastructure deployed in metropolitan, regional, national, or international areas by deploying optical transport equipment that are capable of switching traffic from an incoming fiber to an outgoing fiber.

The new mesh optical technology is similar to the old ring networks but much cheaper and much more efficient. They are faster and less error-prone than other network architectures and support backup and recovery plans for established networks in case of any disaster, damage, or failure. These are frequently used for big networking systems, such as those in large cities. Optical mesh networks today not only provide trunking capacity to higher-layer networks, such as inter-router or inter-switch connectivity in an IP, MPLS, or Ethernet-centric packet infrastructure but also support efficient routing and fast failure recovery of high-bandwidth point-to-point Ethernet and SONET/SDH services.

The deployment of optical mesh networks is enabling new services and applications for service providers to offer their customers, such as –