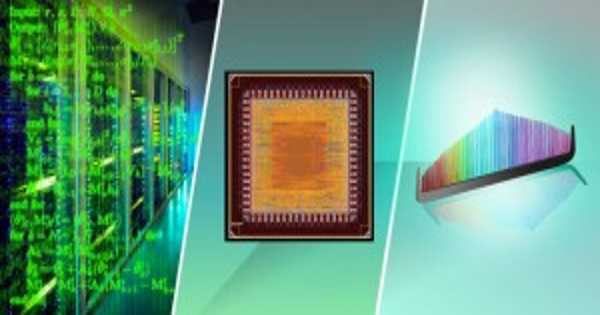 A one-time password (OTP) is a string of characters that is generated automatically that authenticates the user for a single transaction or login session. An OTP is more secure than a static password, especially one that was created by the user and may be weak or reused across multiple accounts.

It has been proposed to develop an anti-counterfeiting smart label and security platform that makes forgery fundamentally impossible. This is accomplished by controlling a variety of light information, such as color, phase, and polarization, in a single optical device.

A POSTECH research team led by Professor Junsuk Rho of the mechanical and chemical engineering departments, Dr. Inki Kim, and Ph.D. candidates Jaehyuck Jang and Gyeongtae Kim has developed an encrypted hologram printing platform that works in both natural and laser light using the metasurface, an ultra-thin optical material with a thickness of one-thousandth of a strand of hair. This technology can produce a holographic color image on a label that retains a specific polarization.

This has been dubbed a “vectorial hologram” by the researchers. The study’s findings were recently published in Nature Communications.

An anticounterfeiting smart label and security platform which makes forgery fundamentally impossible has been proposed. The device accomplishes this by controlling a variety of information of light including the color, phase, and polarization in one optical device.

So far, metasurface devices have only been reported to modulate one property of light, such as color, phase, or polarization. To address this limitation, the researchers created a pixelated bifunctional metasurface by combining several metasurfaces.

The research team designed a device in the unit structure that is the basis of the metasurface that uses its size to control the color, the orientation angles to control the phase, and the relative angle difference, and the ratio of the group (that generates the left-handed and right-handed circularly polarized light within the pixelized group) to express all polarizations of light. The metasurface serves as both a resonator1 and an optical waveguide2 in order to freely modulate the various degrees of freedom of light while also maximizing efficiency.

One-time password (OTP) systems, as the name implies, provide a mechanism for logging on to a network or service using a unique password that can only be used once. The most common and least secure authentication method is the static password. If you always use “qwerty” as your password, it’s time for a change.

The vectorial hologram label created in this manner displays QR codes with a variety of colors when viewed with the naked eye or scanned with a camera. Simultaneously, polarization encoded 3D holographic images are rendered under laser illumination. This holographic image differs from previously reported holograms in that it has a different polarization state for each part of the image.

This research’s vectorial holographic color printing technology is an optical approach to the two-level encrypted one-time password (OTP) security mechanism that generates a password required to access the current banking system that verifies the user. The first password, composed of random numbers, is generated when a user scans the QR code of the meta-optical device with a smartphone. The secondary password is displayed as an encrypted holographic image when this password is applied to the meta-optical device as a voltage value.

“This vectorial holographic color printing platform is more advanced than previous metasurface devices reported, and it has demonstrated that different degrees of freedom of light can be modulated with a single optical device,” Professor Junsuk Rho explained. “It is a highly refined optical OTP device that shows promise as an original optical encryption technology applicable in the design and analysis of meta-atoms.”

For the past five years, the research team has been conducting cutting-edge research on metasurface optical devices, and the device under development this time shows great potential for commercialization in optical sensors, holographic displays, security, and anti-counterfeiting applications. This research was made possible by a grant from Samsung Electronics’ Samsung Research Funding & Incubation Center for Future Technology.