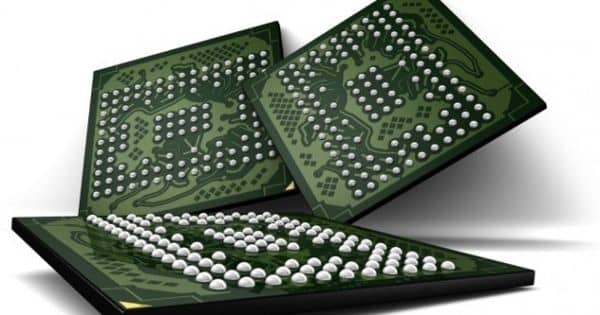 Phase change memory of phase change RAM is a form of non-volatile memory that is faster than Flash. Phase change memory (PCM) utilizes the orders of magnitude large difference between the resistivity of the amorphous and the crystalline phase in phase change materials. PCM and C-RAM or CRAM (chalcogenide RAM) is a type of non-volatile random-access memory. PRAMs exploit the unique behavior of chalcogenide glass. They are based on the peculiar properties of chalcogenide materials, that is, compounds based on sulfur, selenium, or tellurium, such as GeSe, AsS, GeAsTe, or GeSbTe (GST).

Phase-change random access memory, P-RAM, is a form of non-volatile memory or computer storage that is faster than the much more commonly used Flash memory technology.

Each memory cell is connected to an access device, which delivers these electrical pulses. In the older generation of PCM, the heat produced by the passage of an electric current through a heating element generally made of titanium nitride was used to either quickly heat and quench the glass, making it amorphous, or to hold it in its crystallization temperature range for some time, thereby switching it to a crystalline state. The high reset current required to melt the phase change material is one of the most challenging issues for PCM. It is based on a technique known as the memristor that was initially developed by Hewlett Packard.

Phase change memory can be referred to by a number of names including P-RAM or PRAM, PC-RAM, phase change RAM, and possibly more. It is seen as a significant advance and one that is likely to become one of the mainstream formats for semiconductor memory for the future.

The P-RAM uses the fact that the chalcogenide glass changes between two states, polycrystalline and amorphous by the passage of current which produces heat as it passes through a cell. PCM also has the ability to achieve a number of distinct intermediary states, thereby having the ability to hold multiple bits in a single cell, but the difficulties in programming cells in this way has prevented these capabilities from being implemented in other technologies (most notably flash memory) with the same capability. The advantage of the phase change technology is that the state remains intact when power is removed from the device, thereby making it a non-volatile form of storage. Phase change memory has been introduced by a number of manufacturers, yet it is still not widely used as many developers may be cautious of new technology like this.