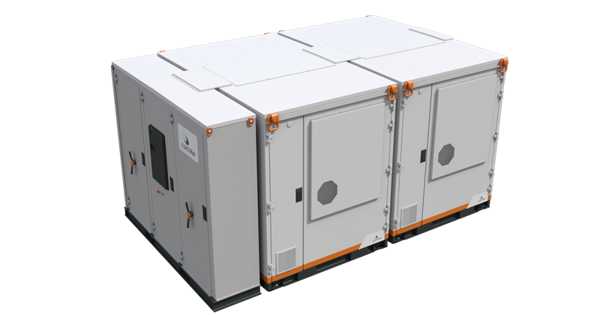 Large-scale energy storage refers to a group of methods for storing energy on a large scale within an electrical power grid. When electricity is plentiful and inexpensive, or when demand is low, electrical energy is stored and later returned to the grid when demand is high and electricity prices are higher. Grid storage alternatives include the use of peaking power plants to fill supply gaps and demand response to shift load to other times.

Electric vehicle (EV) sales have increased exponentially in recent years, as has the demand for renewable energy sources to power them, such as solar and wind. According to the International Energy Agency, there will be nearly 1.8 million registered electric vehicles in the United States by 2020, which is more than three times the number in 2016. (IEA).

Electric vehicles require power to be available anywhere and at any time to recharge, but solar and wind are intermittent energy sources that do not provide on-demand power. And the electricity they produce must be stored for later use rather than being wasted. Dr. Yu Zhu, a professor in The University of Akron’s School of Polymer Science and Polymer Engineering, and his research team come in to help by developing a more stable way to store this important energy.

Electricity power stations, like gas stations today, require a storage system to keep the electricity for EV charging constantly charged. Low-cost, scalable redox flow batteries (RFB) are among the best technologies for such a system; however, current RFBs use expensive and environmentally hazardous active materials (electrolytes).

Electric vehicles require power to be available anywhere and anytime without delay to recharge, but solar and wind are intermittent energy sources that are not available on demand. New research reveals a more stable way to store this important energy.

In collaboration with scientists at Pacific Northwestern National Laboratory led by Dr. Wei Wang, Zhu’s research group successfully developed the most stable catholyte (positive electrolyte) in AORFBs to date and demonstrated cells that retained more than 90% of capacity over 6,000 cycles, implying more than 16 years of uninterrupted service at a rate of one cycle per day. Their findings were recently published in Nature Energy, and they were assisted by Zhu’s doctoral students Xiang Li and Yun-Yu Lai.

“The development of high-performance RFBs will enrich the category of electrical energy storage systems and supplement the shortfall of intermittent renewable energy sources, thereby greatly improving the usability of electricity-powered facilities such as vehicles,” Zhu says. “The development of new catholyte is critical to significantly improving the performance of aqueous organic RFBs.”

Energy storage can aid in the adoption of renewable energy and the reduction of greenhouse gas emissions. Electrochemical energy storage technologies are increasingly being used to electrify transportation systems while also assisting with electricity production and grid reliability. While these storage technologies have the potential for widespread adoption, their costs remain relatively high, particularly in comparison to cost-competitiveness targets in the absence of a robust price on greenhouse gas emissions.

The team not only demonstrated a state-of-the-art catholyte in AORFBs in the Nature Energy paper but also provided a brand-new strategy for designing water soluble catholyte to improve their solubility (energy density) in water. Instead of attaching a hydrophilic functional group to improve molecule solubility, the researchers change the symmetry of the molecules, resulting in a dramatic increase in solubility. The team intends to design new materials with the new design strategy in order to further mature the RFBs.

Based on the technology developed in this study, a patent application has been filed. The materials’ scalability will be investigated further at Akron PolyEnergy Inc., a UA spin-off company co-founded by Zhu that focuses on the development of materials in energy storage devices such as lithium-ion batteries and flow batteries.

Some researchers and industry analysts have turned to phenomenological models of cost change to analyze the rates of cost declines in energy storage systems. These models are frequently exponential or power relationships between a technology’s cost or price and potential determinants such as time, production quantity, proxies for R&D activity, or a combination of these variables.