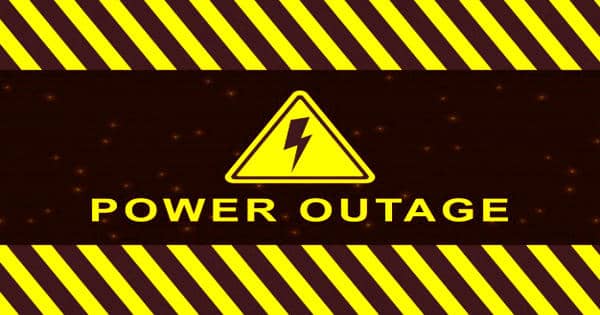 Power Outage means an interruption in the supply of electricity. It is also called a power cut, power blackout, power failure) is the loss of the electrical power network supply to an end-user. It is a short- or long-term state of electric power loss in a given area or section of a power grid. A reliable supply of electricity free from power outages is vital for the stability and economic development of any country.  It could affect a single house, building, or an entire city, depending on the extent of the damage or cause of the outage.

There are many causes of power failures in an electricity network. Power outages are often caused by freezing rain, sleet storms, and/or high winds that damage power lines and equipment. Cold snaps or heat waves can also overload the electric power system. Examples of these causes include faults at power stations, damage to electric transmission lines, substations, or other parts of the distribution system, a short circuit, cascading failure, fuse, or circuit breaker operation. During a power outage, you may be left without heating/air conditioning, lighting, hot water, or even running water. If you only have a cordless phone, you will also be left without phone service. The root causes of the failure of the transmission line and the subsequent power outage have been extensively studied. 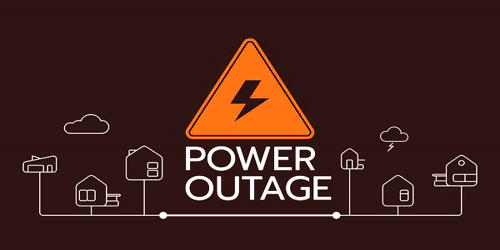 You can greatly lessen the impact of a power outage by taking the time to prepare in advance. This involves three basic steps:

Planning for a power outage will also help prepare you for other types of emergencies.

Power failures are particularly critical at sites where the environment and public safety are at risk. Due to the high loss of revenue from power outages or even brief interruptions, the financial institutions often rely upon many types of equipment to provide immunity from loss of power. Institutions such as hospitals, sewage treatment plants, and mines will usually have backup power sources such as standby generators, which will automatically start up when electrical power is lost. Unexpected outages can lead to situations from which it may be difficult to recover. Other critical systems, such as telecommunication, are also required to have emergency power. Making sure your business has a plan to eliminate downtime in the event of a power outage will help your business mitigate the potential losses that can occur because of an outage. The battery room of a telephone exchange usually has arrays of lead-acid batteries for backup and also a socket for connecting a generator during extended periods of outage.