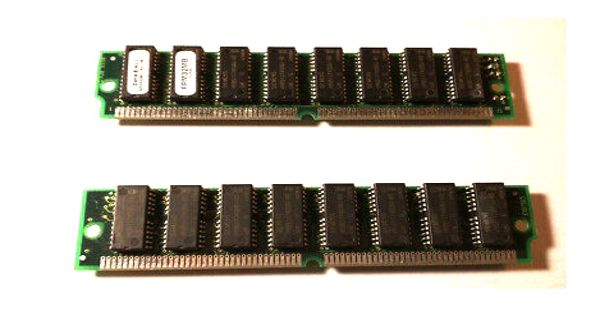 Some Random Access Memory (RAM) chips have built-in error-checking functions that use a process called parity. RAM parity checking is the storing of a redundant parity bit representing the parity (odd or even) of a small amount of computer data (typically one byte) stored in random access memory, and the subsequent comparison of the stored and the computed parity to detect whether a data error has occurred. Memory parity errors can be caused by failing hardware or outside elements disrupting how computer memory functions.

Parity checking is an error detection technique that tests the integrity of digital data in the computer. Parity checking adds an extra parity cell to each 8-bit byte of memory, thus creating a nine-bit structure.

Fixing parity errors involves removing the outside cause or failing hardware. A memory parity error means that one or more stored data values carry a different value when it’s recalled than when it was stored. When a parity error occurs, most computers simply display a “parity error” message, hang up, and then must be rebooted. Parity errors offset the charge value and can bring back invalid or incorrect commands for the computer.

Chips that use parity have an extra bit for every eight bits of data. In the parity process, as the eight bits receive binary data (data represented by 1s and 0s), the chip adds all the 1s, and if that total is odd, the extra bit is set to 1. The parity bit was originally stored in additional individual memory chips; with the introduction of plug-in DIMM, SIMM, etc. modules, they became available in non-parity and parity (with an extra bit per byte, storing 9 bits for every 8 bits of actual data) versions. If the total is even, the extra bit is set to 0. When the computer tries to read each byte of data back from the RAM, it calculates the total number of 1s again and compares its findings to the parity bit.

Resolving parity errors may be as simple as connecting the computer to a different power outlet or replacing the surge protector. The computer checks a bit for parity each time a byte is transferred or transmitted. The process of parity uses simple arithmetic to determine whether stored data values are the same when they are read as they were when they were written. The computer’s motherboard and power supply have built-in capacitors that can compensate for voltage irregularities, but the component is unable to compensate for poor power continuity. High-end computer servers need a more effective form of error-checking, such as error-correcting code (ECC). ECC uses more memory than parity, but with its special algorithm, it can actually fix most errors it finds.