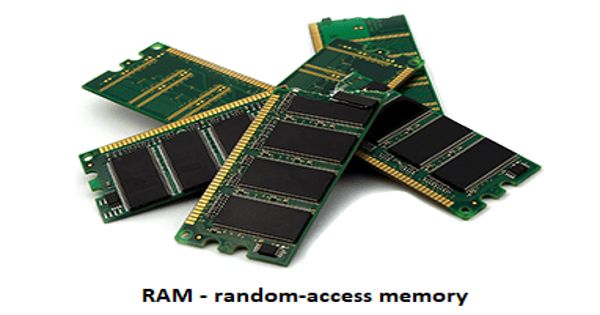 Random-access memory (RAM) is a hardware device that allows information to be stored and retrieved on a computer. It is a form of computer memory that can be read and changed in any order, typically used to store working data and machine code. RAM allows your computer to perform many of its everyday tasks, such as loading applications, browsing the internet, editing a spreadsheet, or experiencing the latest game. It is a read/write memory that stores data until the machine is working. As soon as the machine is switched off, data is erased.

A random-access memory device allows data items to be read or written in almost the same amount of time irrespective of the physical location of data inside the memory. Memory also allows you to switch quickly among these tasks, remembering where you are in one task when you switch to another task. As a rule, the more memory you have, the better.

Computer memory or random access memory (RAM) is your system’s short-term data storage; it stores the information your computer is actively using so that it can be accessed quickly.

RAM is usually associated with DRAM, which is a type of memory module. RAM contains multiplexing and demultiplexing circuitry, to connect the data lines to the addressed storage for reading or writing the entry. Because data is accessed randomly instead of sequentially like it is on a CD or hard drive, access times are much faster. Usually, more than one bit of storage is accessed by the same address, and RAM devices often have multiple data lines and are said to be “8-bit” or “16-bit”, etc. devices. If the computer is turned off, all data contained in RAM is lost.

Access time in RAM is independent of the address, that is, each storage location inside the memory is as easy to reach as other locations and takes the same amount of time. In today’s technology, random-access memory takes the form of integrated circuit (IC) chips with MOS (metal-oxide-semiconductor) memory cells. However, unlike ROM, RAM is a volatile memory and requires power to keep the data accessible. RAM is normally associated with volatile types of memory (such as dynamic random-access memory (DRAM) modules), where stored information is lost if power is removed, although non-volatile RAM has also been developed. As the computer boots, parts of the operating system and drivers are loaded into memory, which allows the CPU to process instructions faster and speed up the boot process.

A computer’s performance is largely attributed to the amount of memory contained within it. Other types of non-volatile memories exist that allow random access for reading operations, but either do not allow write operations or have other kinds of limitations on them. These include most types of ROM and a type of flash memory called NOR-Flash. If a computer does not have the recommended memory to run the operating system and its programs, it results in slower performance.