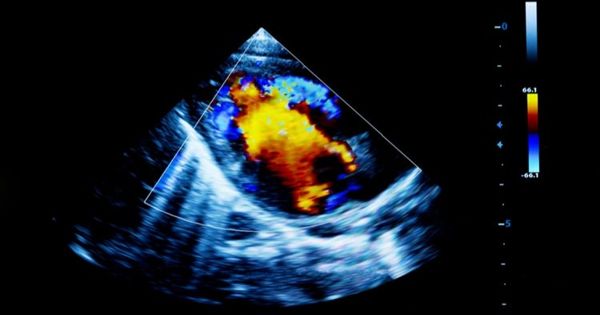 Conventional ultrasound displays images of the body in thin, flat sections. Three-dimensional (3-D) ultrasound, which converts sound wave data into 3-D images, is one of the most recent advances in ultrasound technology.

Researchers at North Carolina State University have demonstrated a new technique for creating ultrasound images. The new approach is significantly simpler than existing techniques and has the potential to significantly reduce technology costs.

“Traditional ultrasound devices have a receiver that detects ultrasonic waves and converts them into an electrical signal, which is then sent to a computer, which processes the signal and converts it into an image,” explains Xiaoning Jiang, co-corresponding author of the paper and a Duncan Distinguished Professor of Mechanical and Aerospace Engineering at NC State. “We’ve developed a device that effectively eliminates all electrical signal processing.”

Researchers have demonstrated a new technique for creating ultrasound images. The new approach is substantially simpler than existing techniques and could significantly drive down technology costs.

The researchers created a receiver that includes a piezoelectric crystal and an organic light-emitting diode (OLED). When an ultrasonic wave strikes the crystal, it generates voltage, causing the OLED to light up. In other words, the image is displayed on the OLED screen built into the receiver.

Ultrasonic imaging is a widely used tool for detecting, localizing, and characterizing material inhomogeneities, with numerous applications. This task is especially difficult when imaging in a complex medium, where the ultrasonic wave is scattered by the material microstructure, making detection and characterization of weak targets impossible.

Fundamentally, the most information that can be obtained experimentally from each material region is a set of reflected signals for various incident waves. These data, however, are inaccessible from the raw measurements, which represent a superposition of reflections from all scatterers in the medium.

“Because our prototype is a proof-of-concept, we designed it with an OLED array that is 10 pixels by 10 pixels; the resolution isn’t great,” explains Franky So, the study’s co-corresponding author. “However, I can easily make it 500 pixels by 500 pixels, significantly increasing the resolution.” At NC State, he is the Walter and Ida Freeman Distinguished Professor of Materials Science and Engineering.

“Conventional ultrasound imaging probes can cost up to $100,000 because they contain thousands of transducer array elements, which raises manufacturing costs,” So explains. “We can produce ultrasound receiver-display units for around $100.”

“Because this is a completely new field for ultrasound, we’re only just getting started exploring the potential applications,” Jiang says. “However, there are obvious near-term applications, such as non-destructive testing, evaluation, and inspections in structural health monitoring.”

Ultrasound imaging creates images of the inside of the body by using sound waves. It is used to help diagnose the causes of pain, swelling, and infection in the body’s internal organs, as well as to examine a pregnant woman’s baby and an infant’s brain and hips. It is also used to aid in the guidance of biopsies, the diagnosis of heart conditions, and the assessment of damage following a heart attack.