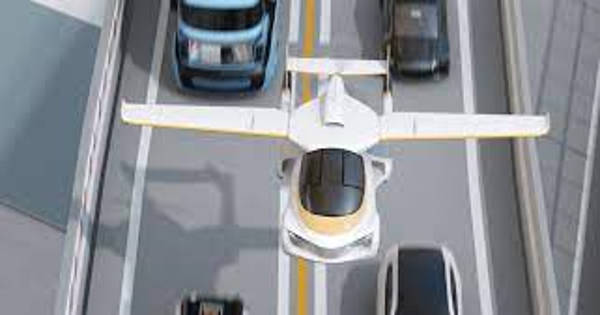 Jet packs, robot maids, and flying cars were all futuristic promises for the twenty-first century. Instead, we got mechanized, self-driving vacuum cleaners. A group of Penn State researchers is now investigating the requirements for electric vertical takeoff and landing (eVTOL) vehicles, as well as designing and testing potential battery power sources.

“I believe flying cars have the potential to save time, increase productivity, and open up the sky corridors to transportation,” said Chao-Yang Wang, the William E. Diefender Chair of Mechanical Engineering and director of Penn State’s Electrochemical Engine Center. “However, electric vertical takeoff and landing vehicles are a very demanding technology for batteries.”

The researchers define the technical requirements for flying car batteries and present a Joule prototype battery. “Batteries for flying cars must have a very high energy density in order to stay in the air,” Wang explained. “They also require a lot of power during takeoff and landing. It requires a lot of power to go vertically up and down.”

Wang notes that the batteries will also need to be rapidly recharged so that there could be high revenue during rush hours. He sees these vehicles having frequent take-offs and landings and recharging quickly and often.

Jet packs, robot maids, and flying cars were all promises for the 21st century. Now a team of Penn State researchers is exploring the requirements for electric vertical takeoff and landing (eVTOL) vehicles and designing and testing potential battery power sources.

“Commercially, I’d expect these vehicles to make 15 trips, twice a day during rush hour, to justify the cost of the vehicles,” Wang said. “The first use will most likely be to transport three to four people 50 miles from a city to an airport.”

Weight is also an issue for these batteries because the vehicle will have to lift and land them. According to Wang, once the eVTOL takes off, the average speed on short trips would be 100 miles per hour and 200 miles per hour on long trips.

The researchers conducted experiments with two energy-dense lithium-ion batteries that can recharge with enough energy to power a 50-mile eVTOL trip in five to ten minutes. Over the course of their lives, these batteries could withstand over 2,000 fast charges.

Wang and his colleagues used technology that they had been developing for electric vehicle batteries. The key is to heat the battery so that it can charge quickly without forming lithium spikes, which damage the battery and are dangerous. Heating the battery, it turns out, also allows for a rapid discharge of the energy stored in the battery, allowing for takeoffs and landings.

The batteries are heated by incorporating a nickel foil that rapidly heats the battery to 140 degrees Fahrenheit. “Under normal conditions, the three attributes required for an eVTOL battery work against each other,” Wang explained. “High energy density reduces fast charging, and fast charging typically reduces the number of recharge cycles available. However, we can do all three in a single battery.”

When a battery is empty, the internal resistance to charging is low; however, as the remaining charge increases, it becomes more difficult to push more energy into the battery. Recharging typically slows as the battery fills. However, by heating the battery, the charging time can be reduced to five to ten minutes.

“I hope that the work we’ve done in this paper will give people a firm understanding that we don’t need another 20 years to finally get these vehicles,” Wang said. “I believe we’ve shown that eVTOLs are commercially viable.”

This research was supported by the US Department of Energy’s Office of Energy Efficiency and Renewable Energy, the US Air Force Small Business Technology Transfer Program, and the William E. Diefenderfer Endowment.