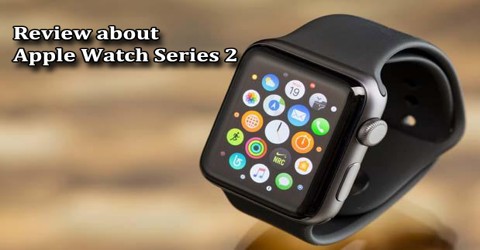 The Apple Watch Series 2 arrives a year and a half after the original Apple Watch first went on sale. Some things have changed: If you liked the idea of an Apple Watch before, this new version is seriously faster, has a brighter display and it’s a lot better for outdoor sports. In addition to a faster processor and a brighter screen than the original model, the Series 2 has a waterproof design for swimmers, and built-in GPS so runners can leave their iPhones at home. It’s a lot more expensive than a Pebble, and fitness features aren’t quite as advanced as you’ll get with some dedicated trackers we’ve tested, but it’s a solid choice for iOS users looking for the best of both worlds. Even so, like most smarwatches, it still isn’t a must-have device.

New software, WatchOS 3, is a great upgrade to the earlier Apple Watch experience. Like iOS 10, that’s a free upgrade to existing Watch owners, too — users don’t need to buy anything new.

But the combination of new hardware and software make a familiar-looking circle-in-the-square watch now feels like the smooth wrist companion it was always meant to be. Apple Watch Series 2 has a water resistance rating of 50 meters under ISO standard 22810:2010. This means that it may be used for shallow-water activities like swimming in a pool or ocean. However, Apple Watch Series 2 should not be used for scuba diving, waterskiing, or other activities involving high-velocity water or submersion below shallow depth. Stainless steel and leather bands are not water resistant.

Apple Watch battery testing was conducted by Apple in August 2016 using preproduction Apple Watch Series 1, Apple Watch Series 2, and Apple Watch Edition, each paired with an iPhone; all devices were tested with prerelease software. Battery life varies by use, configuration, and many other factors; actual results will vary. The Apple Watch Series 2 (starting at $369) is the closest users have come to a genuine smartwatch/fitness tracker hybrid yet. There’s also the Apple Watch Nike+, which starts at $369 for the 38mm model and $399 for the 42mm version. Both are made of aluminum (no stainless steel or ceramic options here), with sporty color combinations including Black/Volt (screaming neon yellow), Black/Cool Gray, Flat Silver/White, and Flat Silver/Volt. The Nike model also includes exclusive watch faces and Siri commands, and the Nike Run Club app is built-in and accessible right from the home screen.

There’s one more new model, sort the Apple Watch Series 1. It replaces the original Apple Watch, and is basically the same hardware as the Series 2, but without the brighter screen, built-in GPS, and waterproofing. It starts at $269.