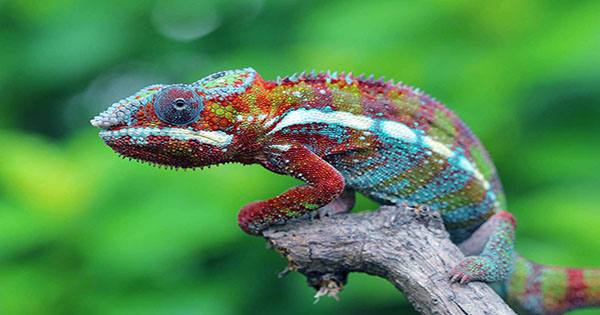 Robot Chameleon that Actively Camouflages itself into Surroundings Created by Scientists

Let’s be honest, we all want to get the power of invisibility. Perhaps the nearest living creatures are animals that can blend into their background using active camouflage, the most notable of which is the humble chameleon. However, copying complex biological processes that allow chameleons to change color instantly is no easy feat and something that has never worked particularly well – so far. Researchers at Seoul National University have created a soft robot chameleon that can actively change color as it moves across different backgrounds.

They believe it could eventually translate into camouflage technology in both clothing and buildings. Their results have been published in Nature Communications. You can see the action changing color in the video below. To develop their disguised robots, the researchers used thermochromic liquid crystals (TLCs). This substance can exhibit different colors at certain temperatures, and to change a layer of TLC to respond to different colors and then change the temperature, researchers are able to create technology that can quickly change to different colors.

TLC has previously been used to create artificial skin that could one day be used to disguise human wearers, but it suffered during extremely slow reactions. In addition, researchers must overcome more obstacles to create a functional color-changing robot. The material is strong, flexible, and requires a high enough pixel density to make it look believable to the eye, rather than a square checkerboard of color. By incorporating a vertically stacked silver nanowire into the material, the researchers achieved precise control over the temperature in different areas of the robot.

Once the active sensing units that provide the robot with environmental information are applied to its exterior, the robot begins to adapt at a very rapid rate around it, mimicking the real-life chameleon almost perfectly. In addition, researchers have closely mimicked the way a chameleon’s skin is designed for more precise color variations. Although extremely promising and incredibly cool to look at, TLC Active Disguise suffers from some flaws. Changing the color based on the temperature difference means that the ambient temperature can have a big impact on the way it performs and the researchers expressed a desire to work with different scientific groups to improve the speed and performance of the material.