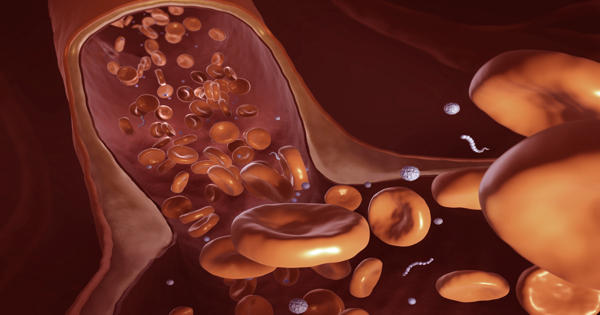 Drugs and vaccines circulate through the vascular system, where they react based on their chemical and structural properties. In some cases, they are meant to disperse. In other cases, such as cancer treatments, the intended target is very specific. The effectiveness of a medicine, as well as how much is required and the side effects it causes, are determined by how well it can reach its target.

“A lot of medicines require intravenous injections of drug carriers,” Ying Li, an assistant professor of mechanical engineering at the University of Connecticut, explained. “We want them to be able to circulate and find the right place at the right time, as well as release the appropriate amount of drugs to protect us safely.” If you make mistakes, there can be terrible side effects.”

Nanomedicine involves the use of nanoscale materials, such as biocompatible nanoparticles and nanorobots, for diagnosis, delivery, sensing or actuation purposes in a living organism.

Li is researching nanomedicines and how they can be made to work more efficiently. The use of nanoscale materials, such as biocompatible nanoparticles and nanorobots, for diagnosis, delivery, sensing, or actuation in a living organism is known as nanomedicine. His research uses supercomputers to simulate the dynamics of nano drugs in the bloodstream, design new types of nanoparticles, and discover new ways to control them.

With support from the National Science Foundation, Li and his team have investigated many key aspects of nanomedicines over the last decade, pioneering methods to model their flow and interactions with structures within the body.

“My research focuses on how to build high-fidelity, high-performance computing platforms to understand the complex behaviors of these materials and biological systems down to the nanoscale,” he explained. “I’m a 100 percent computational person; I don’t have dirty hands,” Li explained. “Because of the size of these particles, this problem is extremely difficult to investigate using experiments.”

Li described the findings of a study that looked at how nanoparticles of various sizes and shapes, including nanoworms, move in blood vessels of different geometries, mimicking the constricted microvasculature, in Soft Matter in January 2021. Nanoworms are engineered encapsulations of drug contents that are long and thin.

“We discovered that the transport of these nanoworms is dominated by red blood cells,” which account for 40 to 50 percent of the flow, according to Li. “It’s similar to driving on the highway: construction slows traffic. Individual red blood cells carry drugs, which are dragged into narrow regions and become stuck.”

He discovered that nanoworms can travel more efficiently through the bloodstream, bypassing blockages caused by spherical or flat shapes. “The nanoworm moves in the manner of a snake. It can swim between red blood cells, allowing it to escape from tight spaces “Li stated.

Drugs must arrive at their destination quickly to avoid being discovered and neutralized by the body’s immune system, which is constantly on the lookout for foreign particles. Doxil, a formulation of the chemotherapy agent doxorubicin, was the first nanoparticle-based cancer treatment to be approved by the FDA. Many more are currently in the works. However, a 2016 study in Nature Reviews Materials found only 0.7% of an administered nanoparticle dose is delivered to a solid tumor.

“We know that anti-cancer drug molecules are extremely toxic,” Li explained. “They hurt a lot if they don’t go to the right place. If we actively guide the delivery, we can reduce the dosage.” Custom-made shapes are one way to improve cancer drug delivery. (At the moment, 90 percent of nanoparticles administered are spherical.) Another method is to coax drugs to their intended target.

Li’s group has created computationally modeled nanoparticles that can be manipulated using a magnetic field. They demonstrated in a 2018 paper published in the Proceedings of the Royal Society that even a small magnetic force could nudge the nanoparticles out of the blood flow, resulting in a far greater number of particles reaching their intended destination.

The Frontera supercomputer at the Texas Advanced Computing Center (TACC), the ninth-fastest in the world, is powering Li’s work. Li was an early adopter of the system when it debuted in 2019 and has used Frontera on a regular basis since then to run a variety of simulations.

“We’re using Frontera to build high-fidelity computational models to understand the transport behavior of nanoparticles and nano worms to see how they circulate in blood flow,” Li explained. His most complex models are more than 1,000 micrometers long and contain thousands of red blood cells, resulting in billions of independent ways for the system to move.

“Advanced cyberinfrastructure resources, such as Frontera, enable researchers to experiment with novel frameworks and build innovative models that, in this case, help us understand the human circulatory system in a new way,” said Manish Parashar, Director of the National Science Foundation’s Office of Advanced Cyberinfrastructure. “NSF supports Frontera as part of a broader ecosystem of cyberinfrastructure investments, including software and data analytics, that push scientific boundaries to yield insights with immediate application in our lives.”

Frontera enables Li to conduct computational experiments as well as create a new computational framework that combines fluid dynamics and molecular dynamics. He described OpenFSI, a highly efficient and portable fluid–structure simulation package based on the immersed-boundary method, in Computer Physics Communications in 2020. The computational platform is a tool for the larger drug-design community and can be translated for a variety of other engineering applications, including additive manufacturing, chemical processing, and underwater robotics.

He is using artificial intelligence (AI) and machine learning to create new nanoparticle designs and methods at a rapid pace. This approach, like all AI and machine learning approaches, necessitates massive amounts of data. In Li’s case, the data comes from Frontera simulations.

“We’re currently constructing the training database for the machine learning component of our project. We ran a large number of simulations with various scenarios to gather a large amount of training data “Li elaborated. “Then, using the hypothetical data from these simulations, we can pre-train the neural network so that it can predict the effects quickly and efficiently.”

Li’s typical simulations use 500 to 600 processors, but some aspects of the research necessitate up to 9,000 processors working in parallel. “My research productivity is proportional to the speed of the system that I use. Frontera has been outstanding.”

When most people think of medical research, they envision lab experiments or drug trials, but this type of work has limitations, both economic and physical, according to Li. “Computational approaches are becoming more powerful and predictive,” he said. “Before running very expensive experiments, we should use computational simulations to rationalize the problem and provide better guidance.”