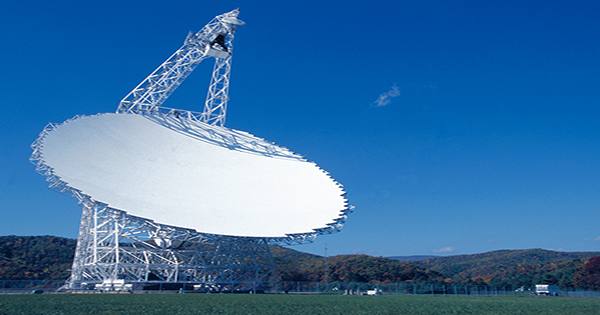 Is it possible that intelligent life exists somewhere else in the universe? This discussion has raged for ages, if not millennia. However, it’s only recently that we’ve had an opportunity to find out, thanks to projects like Seti (Search for Extraterrestrial Intelligence), which uses radio telescopes to deliberately listen for radio transmissions from extraterrestrial civilisations. If these searches are successful, what might we anticipate to find? My guess is that it is not small green men, as I predicted at a Breakthrough Listen (a Seti initiative) seminar.

Assume there exist, other worlds where life originated and evolved in a Darwinian fashion (this does not have to be the case). Even then, it is quite doubtful that intelligence and technology will advance at the same rate as they do on Earth.

If it was substantially behind, our radio telescopes would clearly detect no indication of extraterrestrial life on that planet. However, life might have had a billion-year head start orbiting a star older than the Sun.

Human technological civilisation is just millennia old (at most) – and it may only be another century or two until inorganic intelligence, such as AI, overtakes or surpasses humans, who are made up of organic components like carbon.

Because computer-processing capacity is currently rising at an exponential rate, AI may be able to utilise far more data in the future than it can now. It appears reasonable to assume that it will become exponentially smarter, eventually surpassing human general intelligence.

Perhaps a good place to start would be to use genetic alteration in conjunction with technology to create cyborgs that are half-biological and partially inorganic. This might be the beginning of a move toward totally artificial intelligences.

AI may potentially be able to develop across billions of years, generating better and better versions of itself on a faster-than-Darwinian timeline. Organic human intellect would therefore be a tiny blip in our “human history” before computers took over.

Therefore, if extraterrestrial intelligence evolved in a similar way, we would be extremely unlikely to “catch” it while it was still embodied in biological form. If we find alien life, it will very certainly be electrical rather than flesh and blood, and it may not even be on planets.

As a result, we need to rethink the Drake equation, which was developed in 1960 to estimate the number of civilisations in the Milky Way with whom we might be able to interact.

The calculation takes into account a number of assumptions, including how many planets there are and how long a civilization can send signals into space, which is expected to be between 1,000 and 100 million years.

However, a biological civilisation’s lifespan may be measured in millennia at most, but its electronic diaspora might last billions of years. If we include this in, it appears that there may be more civilisations out there, than we previously believed, but that the vast majority of them are artificial.

It is possible that we should reconsider the phrase “alien civilisations.” A “civilisation” refers to a group of people. Extraterrestrials, on the other hand, might be a single integrated intellect.

If Seti succeeds, it is improbable that it will be able to record decodable messages. Instead, it may detect a consequence (or even a failure) of some very complicated system that we do not understand.

Seti is primarily interested in the radio portion of the electromagnetic spectrum. However, because we have no idea what is out there, we need thoroughly investigate all wavebands, including optical and X-ray components. We should be on the lookout for additional signs of non-natural events or behavior, rather than only listening for radio transmissions.

Artificial constructions (Dyson spheres) erected around stars to absorb their energy, or intentionally manufactured molecules in planet atmospheres, such as chlorofluorocarbons — benign, non-flammable compounds comprising carbon, chlorine, and fluorine. These substances are greenhouse gases that cannot be produced by natural processes, suggesting that they may be an indication of “terraforming” (the process of altering a planet to make it more livable) or industrial contamination.

I would even argue that seeking extraterrestrial remnants in our own solar system is worthwhile. While human-like organisms are unlikely to pay us a visit, there are other possibilities.

For example, an alien culture that mastered nanotechnology may have translated its intelligence to small devices. With swarms of tiny probes, it might then attack neighboring worlds or even asteroid belts.

Even if we did get decipherable radio communication, how would we know what the super-intelligent sender’s objective was? We have no notion – consider the wide range of odd incentives (ideological, financial, and religious) that have fueled human endeavors in the past.

They might be calm and curious. They may also realize that it is easier to think of low temperatures, so they will go far away from any star or even hibernate for billions of years until the temperature drops. However, they might be expansionist, as most people who have considered the future trajectory of civilisations believe.