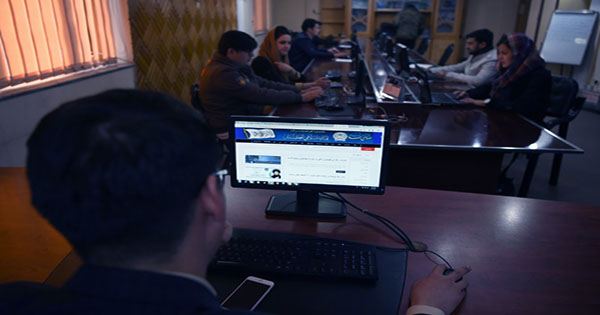 Social Platforms Wrestle with what to do about the Taliban

As a result of the hasty withdrawal of US troops from Afghanistan after two decades of occupation, a complex new policy decision will have to be made on social media platforms. The Taliban have been social media-conscious for many years, but those companies will face new questions because the notoriously cruel, repressive group wants to present itself to the rest of the world as the legitimate governing body of Afghanistan.

Because of its ubiquity between political leaders and government, social media is likely to play a more central role for the Taliban as it seeks to cement control and move toward governance. As the Taliban seized power, Facebook took some precautionary measures to protect its users from possible retaliation. Through Twitter, Facebook’s Nathaniel Gleicher announced a set of new steps to launch the platform last week.

The company has added a “one-click” way for people in Afghanistan to instantly lock their accounts, hide posts in their timeline and prevent anyone who is not their friend from downloading or sharing their profile picture. It has also removed the ability of Facebook users to view and search the list of friends in Afghanistan. On Instagram, pop-up alerts will provide information to Afghanistan-based users on how to quickly lock their accounts.

The Taliban has long been banned from Facebook under company rules against dangerous organizations. A Facebook spokesman told the BBC: “Under US law, the Taliban is recognized as a terrorist organization … This means that we remove accounts run by or on behalf of the Taliban and prohibit their praise, support and representation.” The Afghan Taliban has not been designated by the US State Department as a foreign terrorist organization, but the Taliban, which has emerged from Pakistan, has held the position since 2010.

Although it is not on the list of foreign terrorist organizations, the Afghanistan-based Taliban is defined as a terrorist group under economic sanctions established after the United States 9/11. Although the Taliban has been banned from Facebook-owned WhatsApp, the platform’s end-to-end encryption makes those rules more complicated on WhatsApp. WhatsApp is ubiquitous in Afghanistan and in recent years both the Afghan military and the Taliban have relied on the chat app for communication.