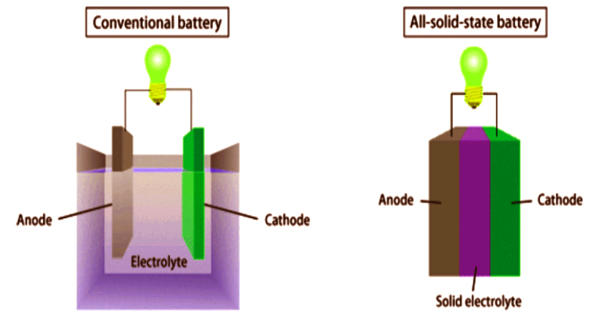 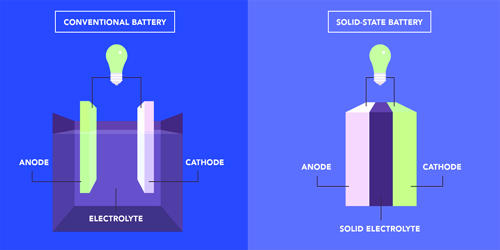 Challenges to widespread adoption include energy and power density, durability, material costs, sensitivity, and stability. Most current lithium-ion technologies employ liquid electrolyte, with lithium salts such as LiPF6, LiBF4, or LiClO4 in an organic solvent. However, the solid electrolyte interface, which is caused as a result of the decomposition of the electrolyte at the negative electrode, limits the effective conductance. The development of solid-state batteries which would help in overcoming the main problems of batteries containing liquid electrolytes, i.e. leakage and/or corrosion at the electrodes, required the use of solid electrolytes with high ionic conductivity in order to limit the ohmic drop at the electrodes. Current high-end lithium-ion batteries can reach an energy density of over 700 Wh/L at the cell level, with a maximum driving range of about 500 Km for electric vehicles. The high-nickel-cathode materials being improved may further push the energy density but the characteristics of the active materials may draw a threshold.