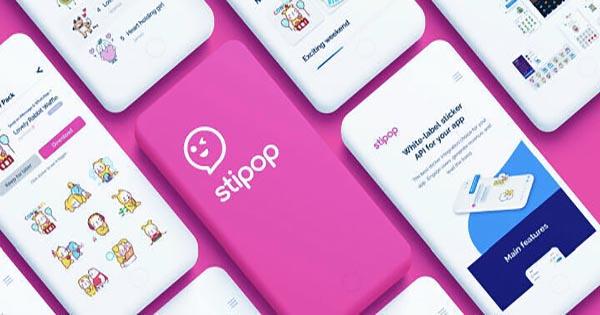 Stipop’s library of colorful, character-driven emotions provides something for everyone, with over 270,000 stickers.

The company’s ad-supported mobile apps for iOS and Android offer keyboard and social app stickers, but it’s recently shifted its attention to giving stickers to developers, producers, and other web businesses.

Stipop co-founder Tony Park told TechCrunch, “We were able to gather so many artists since we actually began as our own app that supplied stickers.” The team applied what they learned from running their own consumer-facing service — notably, that collecting and licensing hundreds of thousands of stickers from artists all over the world is difficult — to assist others to tackle the same problem.

Stipop was the first Korean startup to be accepted into Snapchat’s private accelerator, Yellow; the startup is also a part of the summer 2021 batch at Y Combinator.

The searchable sticker library from Stipop is accessible via an SDK and API, allowing developers to integrate it into their existing software. More than 200 companies now use the company’s massive sticker collection, which provides a “single-day solution” for a process that would otherwise need a lot more labor. Stipop just developed a website that enables developers to quickly integrate its SDK and API.

“They will have a fully personalized sticker function [so] consumers will be able to liven up their discussions with just a single line of code inside their product,” Park said.

Stickers, according to Park, enhance engagement, which means growth for social software. Stickers are a fun way to send characters back and forth in chat, but they can also be found in a variety of less obvious places, such as dating apps, e-commerce sites, and transportation applications. Stipop even powers the sticker search in Microsoft Teams, a business collaboration platform.

Google has already cooperated with Stipop, and the company’s sticker collection is used in Gboard, Android Messages, and Tenor, a GIF keyboard platform that Google purchased in 2018.

Within the first month, the alliance generated 600 million sticker views. In the near future, Stipop and Coca-Cola will announce a new relationship that will add Coke-branded stickers to its sticker library, as well as open its doors to more brands who recognize the particular attraction of stickers in messaging apps.

People often compare stickers and gifs, two means of expressing emotion and social complexity without using words, but stickers are a world unto themselves, according to Park. Stickers have their own creative universe, complete with celebrity painters, regional themes, and unique casts of characters that take on a life of their own among fans. Park explained, “Sticker designers have their own career.”