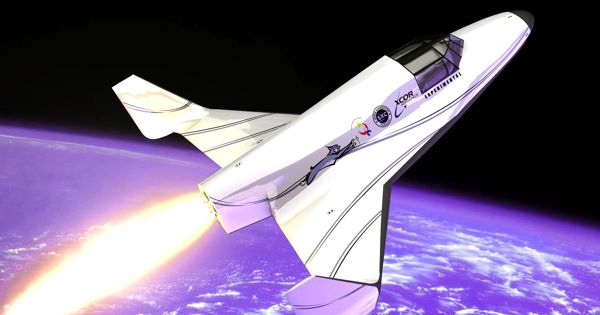 Sub-orbital spaceflight is when a spacecraft goes into space but does not reach the altitude where it can orbit Earth. It is a spaceflight in which the spacecraft reaches space, but its trajectory intersects the atmosphere or surface of the gravitating body from which it was launched so that it does not complete one orbital revolution. It goes to the end of the atmosphere, or specifically, 100km (62 miles). Right at this distance above the planet is where people can experience weightlessness.

A sub-orbital flight is a flight up to a very high altitude that does not involve sending the vehicle into orbit.

Suborbital flight requires much lower speeds. A suborbital rocket doesn’t have the power to achieve orbit. Instead, it will fly up to a certain height that depends on its speed and then come back down once its engines are shut off. For example, the path of an object launched from Earth that reaches the Kármán line (at 100 km (62 mi) above sea level), and then falls back to Earth, is considered a sub-orbital spaceflight. To reach 125 miles above Earth, a suborbital vehicle needs to fly at a relatively sedate 3,700 mph (6,000 km/h), although that’s still much faster than a commercial airplane, which flies at around 575 mph (925 km/h). 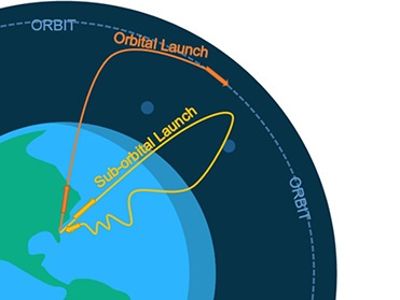 Flights that attain sufficient velocity to go into low Earth orbit, and then de-orbit before completing their first full orbit, are not considered sub-orbital. Examples of this include Yuri Gagarin’s Vostok 1, and flights of the Fractional Orbital Bombardment System. Other vehicles are specifically designed only for sub-orbital flight; examples include crewed vehicles, such as the X-15 and SpaceShipOne, and uncrewed ones, such as ICBMs and sounding rockets.

However, suborbital spaceflight as a tourist attraction is a goal of many companies. The most vocal of these is probably Virgin, who call their space program Virgin Galactic. They’ve sold nearly 700 tickets at a price of around $200,000 each. Unfortunately, a test flight ended in disaster, and a new spaceplane is being built.