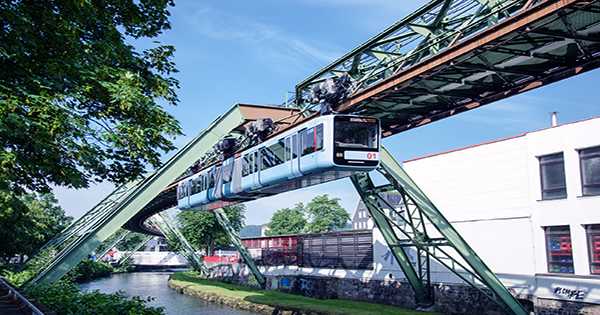 Excavated from the archives of The Museum of Modern Art, a YouTuber uploaded a 1902 video detailing the journey of the German “flying train” in glorious 2021. The train that runs to this day now takes you on a virtual tour with Wuppertal and shows people’s lives in the 1900s as if you were there. Horse-and-cart driving, children coming to play in the streets, and capturing spectacular views of the Upper River, this image is of great interest to captured historians, who have rarely found a film here as detailed as the Capture.

The incredible footage adapted by YouTuber Denis Shiryaev, who long ago was known for coloring old footage to give a glimpse of modernity in life and is better known online than online. Dennis is the CEO of neural.love, an organization that improves the quality of footage and enhances smoothness using neural networks and AI.

The notable footage they have developed is the Apollo 16 Lunar Rover’s Grand Prix and a tour of various cities between 1890 and 1930. The source material was provide by the Museum of Modern Art and is impressive in it. Not as a perfect choice for filming in 1902, the footage captured on the biographical 68mm stock film, which was extremely detailed for his day. However, at 4K and 60 seconds per second everything looks good.

Dennis explained that while it was flying overhead, the flying train (also known as the Upper Portal Showbiz) traveled through the cities of Elberfeld, Ronsdorf, Cronenberg, Vohwinkel and Barmen. These later merged to form Wuppertal, a large city of about 355,100 people in West Germany. The world’s oldest electrically advanced railway, the Schwebebahn itself, opened in 1901, connecting many urban areas together and providing a means of easy public transport, which today credited with developing into a prosperous city.

In addition, the city was one of the largest industrial zones in Europe and remains a major exporter of electronics, vehicles and more. Although it built many years ago, the train still runs. In recent times, however, it has received a major face-to-face meeting with the modernization of the framework in 1997 and the introduction of new cars into service and the launch of passengers in December 2016.