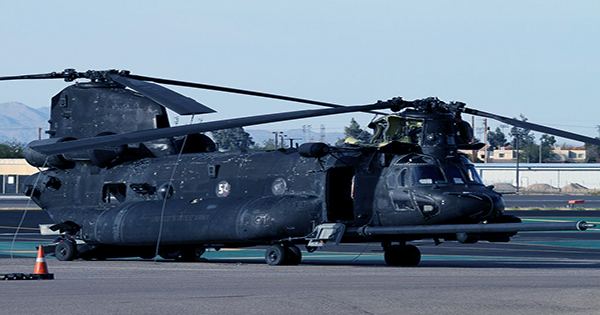 That “Backpack Helicopter” Flight Footage was too Good to be True. No, Literally.

Have you heard of Copterpack? Half-helicopter, half-backpack, it’s the brainchild of an Australian start-up that makes “your body … part of the plane”. Does it come with all-electronic, carbon-fiber, and even a self-leveling autopilot, and the best part? It works! Good to hear the truth? It’s because of it.

The Copterpack made headlines last month when the company claimed that a great amazing 69-second video claimed to show the device’s first test aircraft. But nothing on the internet is kept secret for long and soon people start thinking that everything was exactly as it seemed. Enthusiasts of radio-controlled aircraft, in particular, noted that the car didn’t seem to be behaving as they expected – when they asked where the take-off dust was, and what was going on aerodynamically?

Eventually, these squabbles turned into the computer of Air filmmaker Nick Adams – aka Parallax – and he decided to investigate. Adams complained about a video Copterpack claim: “I watched the video and literally … flew” Ad “looks like … real, right?” Adams, like many others, initially fooled the video, thinking it was “too hard to fake.” But when he looked around, he noticed something hinky.

“When I pulled it to its full potential and started adding some effects to it … Highlight where Photoshop was originally … I think it’s pretty final.” To capture the humorous image, Adams first enhances the saturation and sharpness of the video – a simple effect that makes the technique easier to watch. Almost immediately, the cracks in the footage begin to show: in the first shots of the original video, a column suddenly appears, extending above the Copterpack driver and into the sky, where the landscape is not exactly right. “The funny thing is, a lot of the time the worst distortions happen before they happen,” Adams said.

“Now you can say, ‘Well maybe the sea is doing some crazy things that have never happened in the history of humanity and it’s always happening right on a person in a vertical line’,” he says, “but to me, it’s just not happening.” The video, which was faked with a tail-tail sign, occurs later when a surfer in the background is mysteriously cut in two. The original is hard to see, but the opposite has happened and as Adams guides the viewer’s frame-by-frame you wonder how on earth you missed it.