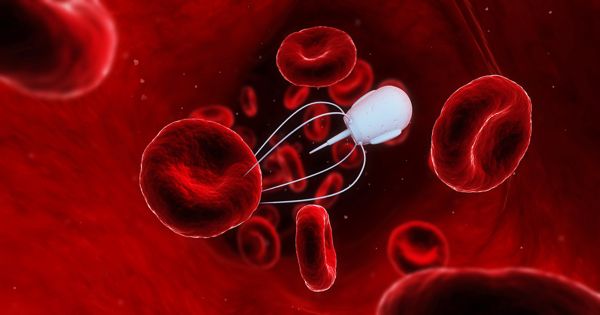 Tiny nano-sized robots and vehicles that can navigate through blood vessels to reach disease sites could be used to deliver drugs to tumors that are otherwise difficult to treat. Most drugs, once injected or swallowed, rely on the movement of body fluids to find their way around the body. This means that some diseases may be difficult to treat effectively in this manner.

Glioblastoma, a particularly aggressive type of brain tumor, kills hundreds of thousands of people each year. However, because it makes finger-like projections into a patient’s brain tissue that damage the blood vessels surrounding them, drugs have a difficult time reaching the tumor site.

“If you inject particles into the body, they will follow the blood,” said Professor Daniel Ahmed of the Acoustic Robotics Systems Lab at ETH Zurich in Switzerland.

Instead, scientists are turning to nanodevices—tiny robots and vehicles—to deliver drugs in a controlled manner throughout the body. But first, they must learn how to drive them. Nanoparticles are “ten times smaller than red blood cells,” according to Prof. Ahmed, and “there is no way to control them if you use passive particles.”

Tiny nano-sized robots and vehicles that can navigate through blood vessels to reach the site of a disease could be used to deliver drugs to tumors that are otherwise difficult to treat.

To overcome this, he and his colleagues in the SONOBOTS project are manipulating nanodevices containing cancer-killing drugs with ultrasound. Doctors typically use ultrasound technology in medical imaging because of the way high-frequency sound waves bounce off different parts of the body, which can be used to create an image.

Prof. Ahmed and his colleagues, on the other hand, have demonstrated that using ultrasound, they can guide an air bubble encased within a polymer shell and an imaging chemical, allowing it to be seen.

Because of their ability to move forward through a liquid, these tiny vehicles are referred to as nanoswimmers. Clusters of these nanoswimmers are pushed towards the vessel walls by the sound waves. This force, however, is insufficient to influence the movement of red blood cells in the blood. Prof. Ahmed was inspired by the way sperm travels: they adhere to the stationary walls of the vagina and use them to guide their forward movement. “We bring (the nanoswimmers) up against the wall and manipulate them,” he explained. Because the nanoswimmers can follow the walls of a blood vessel, it is easier to direct them through it.

The scientists’ ability to finely control the nanoswimmers is required if they are to deliver drug-carrying nanovehicles to glioblastomas, which is the ultimate goal. Because of the leaky blood vessels surrounding these tumors, the nanoswimmers will have to be carefully navigated to the cancer cells. However, once there, researchers can acoustically shake the swimmer, causing the drug payload to be released into the tumor.

The scientists have so far been able to manipulate and track their nanoswimmers in zebrafish embryos, but Prof. Ahmed stated that they are eager to test their technology in mice. “Although zebrafish have a small brain, their blood-brain barrier is immature. To understand leaky vasculature, we need to move on to mice.”

While there are numerous propulsion mechanisms that could be used to guide drug-carrying nanovehicles, such as chemicals, magnetic fields, or light, Prof. Ahmed believes that ultrasound is appealing for a number of reasons. Ultrasound waves have been shown to be safe despite their ability to penetrate deep into the body. It is commonly used in pregnant women to detect fetal heart beats, for example. The technology is also reasonably priced, and it can be found in the majority of hospitals and clinics. Drugs delivered precisely to specific locations in the body could aid in the treatment of other common but deadly diseases.

The ANGIE project’s researchers, Professor Salvador Pané and Professor Josep Puigmart-Luis, hope that targeted drug delivery will allow doctors to treat a greater number of stroke patients more effectively. Ischaemic strokes, which occur when blood clots block the flow of blood in the brain, are a leading cause of death in the European Union, affecting more than 1.1 million people each year.

Clot-busting drugs are the most commonly used treatment for stroke patients who arrive in the hospital, but they are administered as an injection and travel around the body before reaching the brain. These drugs also have numerous side effects, ranging from nausea and low blood pressure to brain bleeding, and they are not suitable for everyone.

If treatments could be targeted to the specific location in a vein or artery where a clot is forming, they could be cleared much more effectively. “We will be able to treat more patients and reduce side effects if we concentrate the amount needed at the clot,” said Prof. Pané, co-director of the Multi-Scale Robotics Lab at ETH Zurich and head of its chemistry laboratory.

The researchers at ANGIE are developing tiny nanorobots that can do just that, delivering the drug directly onto the clot. The nanorobots being developed under ANGIE are more sophisticated in terms of how they can be controlled than the nanoswimmers in SONOBOTs.

“Conventional swimming mechanisms do not work on the nanoscale—trying to do crawl (swimming stroke) at a nanoscale will not work,” he said. To overcome this, the researchers are employing magnetic fields to control nano-sized structures containing magnetic particles or films.

Prof. Pané compared them to a robotic arm on an assembly line. In the case of the ANGIE nanorobots, the ‘arm’ is the magnetic field that moves the magnetic nanorobots around, whereas industrial robots use a computer-controlled arm to move a gripper at the end around. The nanorobots are made of biodegradable nanostructures of iron-based polymer composites. Changing the shape and composition of these structures can alter their control.

When the nanorobot reaches its target—in the case of stroke patients, a clot in the brain—it interacts with the clot to deliver its drug payload. According to the researchers, because of the level of control provided by the magnetic field, ANGIE can be considered a robotic system in its entirety.

“They are truly robots—you can control them, accelerate, stop, and move them in all three directions,” said Prof. Puigmart-Luis, a chemist at Spain’s University of Barcelona. They can roll, corkscrew, and tumble in theory.

The ANGIE research team is currently developing the electromagnetic system, which includes the nanorobots and the infrastructure required to control these devices, despite the fact that it is still in its first year. Prof. Puigmart-Luis says that to prove their technology works, they will 3D print a human vascular system based on real data and map the best path for their nanorobots to take to reach a clot.

However, if successful, such nanorobots could be used to deliver drugs to clots in stroke patients, for example, using existing equipment in many major hospitals. Prof. Pané added, “Magnetic fields are already used in hospitals for magnetic resonance imaging.”

Although their current goal is to find stroke-causing clots, Prof. Pané believes the technology could be applied to a variety of diseases. However, before they can test their technology on humans, they must first demonstrate that it works.

Nanodevices are a promising way of targeting disease treatment, and Prof. Ahmed of SONOBOTS believes they will become a reality in the not-too-distant future. “Initially, when we discussed the ideas with medical doctors, they thought it was too science fiction,” he said, but as the study data grows, they are coming around.