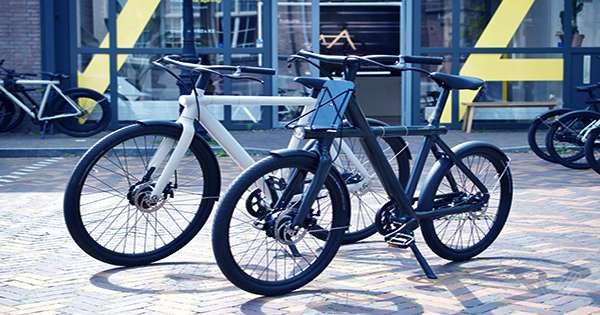 Meet Upway, a French business that is creating a second-hand electric bike marketplace. Sequoia Capital and Global Founders Capital have invested $5.7 million (€5 million) in the business. Upway will seem similar to you if you are familiar with the world of online vehicle marketplaces. The firm purchases electric bikes from both customers and businesses. They inspect them and, if necessary, correct any damage. The electric bikes were then listed and sold on Upway’s website.

The firm now operates out of a warehouse in Gennevilliers, near Paris. A team of five mechanics who perform a series of 20 tests inspects each bike that arrives. Upway can then ship the bike in a cardboard box to consumers, with the handlebar and pedals removed from the frame.

Bikes are often 20% to 50% less expensive than they were when new. Many well-known electric bike manufacturers, including Moustache, VanMoof, Cowboy, and Canyon, have models available. A one-year guarantee is included with all electric bikes.

Why do we need electric bikes instead of regular bicycles? Electric bikes, according to Toussaint Wattinne, co-founder and CEO, are the fastest expanding area of the bike business. In France, 500,000 electric bikes were sold last year, a 30 percent increase from the previous year. However, due to a supply chain issue, finding and purchasing a new electric bike is not always straightforward.

It is not always easy to locate and purchase a new electric bike these days. In addition, when purchasing a used electric bike, there is more friction since you do not know if the motor is still in good working order or if you will need to replace the battery when you receive it. Electric bikes are, after all, costly items, so you want a hassle-free experience.

Upway purchases electric bikes directly, implying that it owns the supply of electric bikes. It will be a capital-intensive venture. However, many businesses have prospered in the secondhand automobile trade. Upway might go the same road as the electric bike business and expand alongside it.