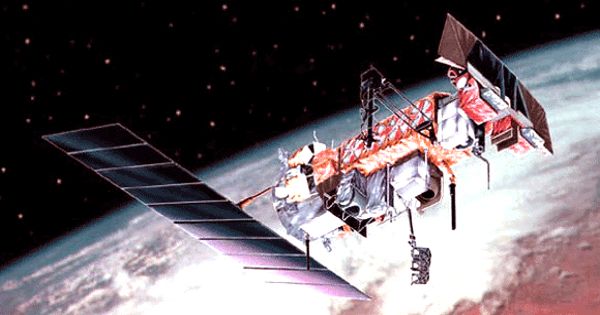 Weather Satellite – monitor the weather and climate of the Earth

A weather satellite is an orbiting platform upon which instruments are placed for the observation of weather systems and the measurement of atmospheric properties from space.

Weather satellites carry instruments called radiometers (not cameras) that scan the Earth to form images. Powerful rockets take these satellites into orbit. These instruments usually have some sort of small telescope or antenna, a scanning mechanism, and one or more detectors that detect either visible, infrared, or microwave radiation for the purpose of monitoring weather systems around the world. 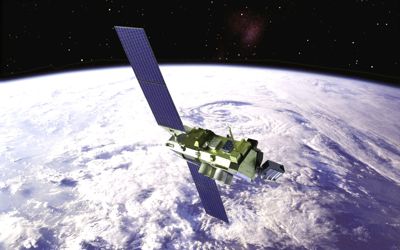 Meteorological satellites see more than clouds: city lights, fires, effects of pollution, auroras, sand and dust storms, snow cover, ice mapping, boundaries of ocean currents, energy flows, etc. Other types of environmental information are collected using weather satellites. After the satellites gather the information, they transmit it back to Earth, where it is collected and analyzed by meteorologists, or people who study weather.

Weather satellites can see very long distances because they fly hundreds and sometimes thousands of miles above the Earth. Weather satellite images helped in monitoring the volcanic ash cloud from Mount St. Helens and activity from other volcanoes such as Mount Etna. Smoke from fires in the western United States such as Colorado and Utah have also been monitored.

There are two main types of weather satellites, defined by their orbital characteristics: Polar Operational Environmental Satellites (POES) and Geostationary Operational Environmental Satellites (GOES). Most satellite images seen on the local television news or The Weather Channel are produced by GOES satellites. For instance, GOES-East and GOES-West provide coverage of much of the Western Hemisphere, from the western coast of Africa to the West Pacific, and the Arctic to the Antarctic. The European Space Agency’s Meteosat satellite provides coverage of Europe and Africa.

The use of weather satellites has improved the ability to forecast weather significantly. Collectively, weather satellites flown by the U.S., Europe, India, China, Russia, and Japan provide nearly continuous observations for a global weather watch.