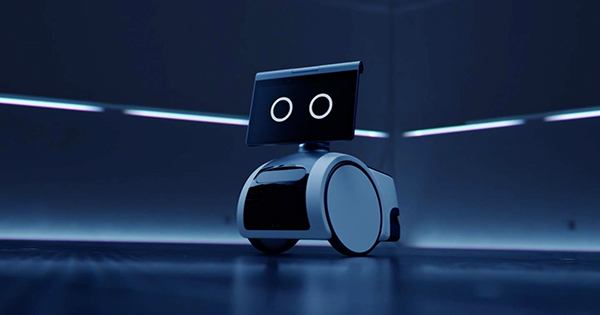 Why Amazon Built a Home Robot

With a smile, Robot’s CEO once told me that he wasn’t a genuinely successful roboticist until he became a vacuum salesperson. It’s a good line, but it hides several important facts about the sector. Robots are difficult, and home robots are even more so.

It’s not for a lack of trying that no one has cracked the code beyond the wild success of robotic vacuums like the Roomba. Until now, it’s mostly been the domain of companies like Anki and Jibo (with the exception of the Bosch-created Kuri), but Amazon said today that it’s putting its own massive resources behind the problem.

It’s actually doing a lot more than that. Astro, the company’s first robot, was just introduced. As part of Amazon’s Day One Edition initiative, the product is making its first steps to market. Amazon had previously used the platform in a similar way to Kickstarter or Indiegogo, where buyers basically voted with their preorders. The new robot will be offered on a limited basis later this year, sharing a name with the Jetsons dog, a track on the White Stripes debut, and a major league baseball franchise in Houston.

Astro is by far the most ambitious device to be released as part of the initiative, which has already seen the likes of a receipt printer and a smart Cuckoo clock. With a price tag of $999, it’s also the most expensive.

The cost, on the other hand, is expected to rise rapidly. According to Amazon’s publicity materials,

Astro will retail for $1,449.99, but as part of the Day 1 Editions program, it will be available for $999.99 for a limited time, with a free six-month trial of Ring Protect pro included.

Amazon VP Charlie Tritschler tells TechCrunch, “We talked about AI, computer vision, and processing power and one of the ideas that came up was robotics.” “How has robotics progressed to the point where it may be feasible for consumers? Of course, we’ve had a lot of experience with robotics at our fulfillment center, but we wondered what you might do for the consumer at home to make things easier or provide more peace of mind. That got us thinking, and by the end, we were saying things like, “Jeez, does anyone think we won’t have robotics in the home in five to ten years?”