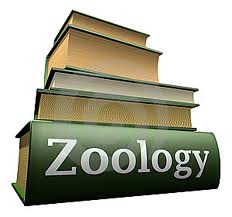 Economic zoology is this and more ; for it includes the consideration of all the direct and indirect influences exerted by animals  for the good and for the ill of man , their reputed master .
The object of the science , perhaps it should be called the art , is the complete realization of our dominion over animals .
So , it is a specialized branch of zoology which  deals with animal world that is associated with the economy , health ,and welfare of humans . Actually , animal world is related to economy by all means that we can count.

The economic value of an animal is generally accepted as the amount of money  people are willing to pay for it . In this modern world , perhaps it is the most popular way to assign value to thing . But , certainly , each and every animal has righteous values and causes to live  on the Mother Earth with dignity .

The value of biodiversity can be separated into two categories i.e. Ethical value or intrinsic value and Extrinsic value or anthropocentric value .

Ethical value  or  Intrinsic value is based on a respect for life, a reverence for the living world and a sense of intrinsic value in nature and a concept of divine creation. It also defines the existence value of an animal being .

Extrinsic value of an animal  , which can be more clearly defined as  Anthropocentric value ,  is comprised of direct and indirect economic benefit to humans .

Biodiversity provides a range of goods, from agricultural crops to medicines and fibers, to which a direct value and cost can be assigned. This direct economic value of the natural environment can be divided into those associated with consumption and production i.e. Consumptive use and Productive use values.

Consumptive use value is usually assigned to goods consumed locally that are neither sought nor sold and therefore do not contribute to the economy of a country. People “living off the land” obtain the goods that they need for survival from the environment. Should the environmental quality decline, for whatever reason, their standard of living would obviously deteriorate.

Productive use values are assigned to those goods harvested from the environment, which are bought and sold locally, nationally or internationally. Major products include construction timber, fuel wood, fish and shellfish, fruits and vegetables and seaweed, to name a few. The value of these products is determined not by the final retail cost of the product but by the amount paid at the first point of sale less the expenses to that point.

Indirect value of biodiversity can be discussed under following headings :
Aesthetic value ( butterflies, nudibranches, ornamental fishes, birds, mammals , all lives  in the wilderness etc )
Cultural value  ( in  various tribes , many animals are regarded as sacred creatures )
Ecological value ( many organisms are considered as bio-indicator, though each and every animal has more or less  impacts on environments.)

In a broad sense, according to  economic importance, animals can be categorized under  following divisions:
i.   Animals for food and products
ii.  Economically harmful animals
iii. Animals of aesthetic importance
iv. Animals in scientific research

Animals for food and products :

Many animals are useful to man because of their value as food . Almost every phylum or animal group contains species that provide us with food or other important products . These animal groups include shellfishes ( lobsters, shrimps, edible oysters ), fish, turtles, frogs, birds and mammals . Of course , we largely depend upon fish and domesticated bird and mammals for supply of meat and protein food .
However , there are many other animals that are associated with food chain of our food supplying animals in the ecosystem. So, these animals indirectly help us in the production of food .

Numerous animals are directly or indirectly affect our health , community and other assets . They can be predators , parasites  or pests .
Many predators attack or kill wildlife or our domestic animals .

Many venomous animals can also be a threat to human . However, these predators and venom bearers can be threat only when they are provoked .

The parasites not only attack our wild fauna and domesticated animals but also can infect man . Concisely, we can tell that parasitic creatures largely belong to Protozoa, Platyhelminthes, Nematoda and Arthropoda ( particularly the insects and the arachnids )

Animals of aesthetic importance :
Many animals and animal products are valuable to us in different ways . They are source of our recreation, decoration and other forms of joy and pleasure. Ornamental fishes, birds, reptiles, mammals are always in the centre of attraction to human.

Life in the wilderness always offer heavenly beauty .  Tropical rain forests , swamp forests , tropical wetlands/Backswamps, forests of tundra biome ,  deserts , prairies , coral reefs , deep blue seas  are the real heavens of Earth and they can hardly  be described by words .
Besides , Communities of hobbyists are built up all over the world. Because of their enthusiasm, through selective breeding, many color variants / morphs of organisms become much popular in the hobby world .To describe a few , the astounding and jaw-dropping beauty , striking coloration of  several morphs of Dwarf python (Python regius),  glowing feathers (seems like they are painted by an artist)  of tiny little  budgies  (Melopsittacus undulatus) or aristocrat  movement of  male Siamese Fighter ( Betta splendens)   are enough to make a person  love and get tangled with this colorful world.

Public aquariums, Zoos, Safari parks are very much important now-a-days to make  the youth concern and feel about the wildlife that always remain entangled with mankind with silence .

Many animals have been used and still be used for scientific researches . our knowledge in heredity and genetics are largely based on researches on Drosophila sp. or fruit fly. Experiments in animals have always  been helped in understanding , most of the most of the physiological process. In medical science, surgery and drug effects are first observed on several animals such as rats, monkeys etc .  Generally , effectiveness of anti-venom serum is examined on horse .

Besides , certain vaccines  have been  developed from animal serum . In present space research monkeys, dog, toads, spiders etc have been used assess the effects of  long space journeys .

Glossary:
Economic  (adj.)  Of or relating to the production, development, and management of material wealth, as of a country, household, or business enterprise.

Economical  (adj.) Intended to save money, as by efficient operation or elimination of unnecessary features

Economics  i.e.  the social science that analyzes the production, distribution, and consumption of goods and services

Extrinsic value i.e.  the value of objects, both physical objects and abstract objects, not as ends-in-themselves but a means of achieving something else. It is often contrasted with items of intrinsic value.