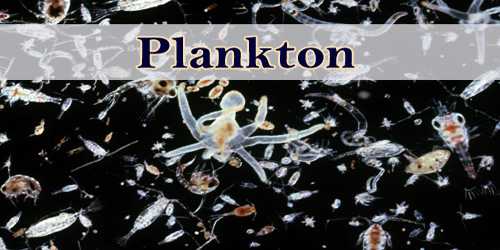 For all such species, including some algae, bacteria, protozoans, crustaceans, molluscs, and coelenterates, as well as members of almost every other animal phylum, the term “plankton” is a collective name. The term “plankton” comes from the Greek for “drifter” or “wanderer.” Plankters are considered the individual species constituting plankton. They provide an important source of food to several small and enormous aquatic organisms, like bivalves, fish, and whales. Plankton is distinguished from nekton, which consists of strong-swimming animals, and from the benthos, which incorporates sessile, creeping, and burrowing organisms on the seafloor. Huge floating algae (such as Sargassum, which makes up the Sargasso Sea) and numerous associated multicellular algae are not considered plankton, but pleuston. 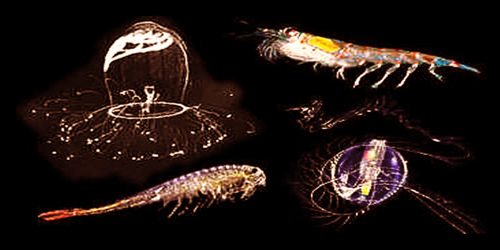 Bacteria, archaea, algae, protozoa, and drifting or floating animals that occupy the pelagic region of oceans, seas, or bodies of fresh water, for example, are planktonic species. Pleuston is a life form that lives at the interface between water and air. Essentially, rather than any phylogenetic or taxonomic classification, plankton is characterized by its ecological niche. Plankton is typically small, sometimes less than an inch in length, although larger species such as some crustaceans and jellyfish are also included.

Phytoplankton, which are plants, and zooplankton, which are mammals, are the two major groups of plankton. The phytoplankton is consumed by zooplankton and other small aquatic organisms and then becomes food for fish, crustaceans, and other larger animals. Plankton provides both marine and freshwater ecosystems with a productive base, providing food for larger animals and indirectly for humans whose fisheries rely on plankton. In many ways, scientists classify plankton, including by scale, form, and how long they spend drifting. As a person’s resource, plankton has only begun to be developed and exploited, in sight of its high biological productivity and wide extent. 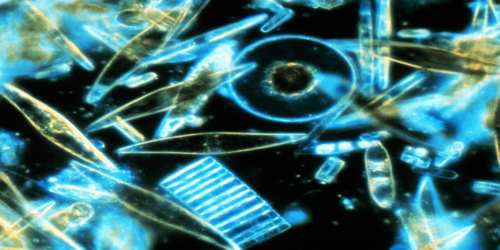 Phytoplankton are microscopic plants (from Greek phyton, or plant), but they play an important role in the network of marine food. Phytoplankton conducts photosynthesis to convert the sun’s rays into energy to sustain them, like plants on land, and they take in carbon dioxide and produce oxygen. Since they need the energy of the sun, they find phytoplankton near the surface of the water.

Tiny protozoans or metazoans (such as crustaceans and other animals) that feed on other planktons are zooplanktons (from the Greek zoon, or animal). It includes some of the eggs and larvae of larger nektonic species, such as fish, crustaceans, and annelids. Zooplankton typically migrates into deeper waters during daylight hours to escape predators. But at nighttime, these microscopic creatures venture up to the surface to go after phytoplankton. This process is taken into account the most important migration on Earth; such a lot of animals make this journey that it will be observed from space. 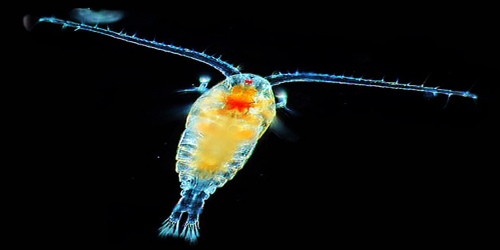 Two much smaller kinds of plankton floating in the sea can be found in addition to phytoplankton and zooplankton. Bacterioplankton are viruses and virioplankton are bacteria. Plankton is extremely important to the ecology of the ocean and very sensitive to changes in its environment, including water temperature, salinity, pH, and nutrient concentration. When there are too many of certain nutrients within the water, for example, harmful algal blooms like red tides are the result.

Plankton may be found in saltwater and freshwater. a way to inform if a body of water encompasses a large plankton population is to appear at its clarity. There is usually fewer plankton in very clear water than water which is more gray or brown in color. All plankton populations are powered by solar energy input, restricting primary development to surface waters and ample light in geographical regions and seasons. While for thriving marine habitats, plankton populations are needed, too many planktons in one area can create a serious environmental problem. It is called a “bloom” when a plankton population unexpectedly swells.

They live in the water column, while plankton is most abundant in surface waters. Since several species of zooplankton consume phytoplankton, changes in phytoplankton timing or abundance can rapidly affect zooplankton populations, which then affect species along the food chain. The aquatic organic phenomenon depends so heavily on plankton, the survival of those tiny plants and animals is crucial for healthy marine ecosystems. Temperature change and rising sea temperatures pose serious risks to plankton populations. Wind-driven Langmuir circulation and the biological effects of this physical process will influence the local distribution of plankton.