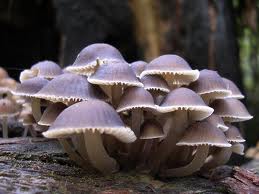 Plant provides us not only food, cloth and shelter but also supply many other requirements such as medicines, flavoring agents etc. For long time plant was the only source of our medicines for treating different diseases. Even today, hilly tribes of Bangladesh are dependent primarily on plants for medicines. Plants possess medicinal properties as they store secondary metabolites such as alkaloids and terpenoids, which have the ability to correct our health disorders. In the course of advancement in the field of modern medicines, which are mostly synthetic organic compounds, plant based medicines have been ignored. But in many cases synthetic medicines have been proved to have side effect, which plant based medicines do not possess. Plant based medicines are therefore gaining popularity in both developed and developing countries. Many foreign countries such as Thailand, China, and India are exploring their medicinal plant resources for their own use and also for earning foreign currency.

Bangladesh with a rich medicinal flora in its bounds has a scope of exploiting medicinal plants. It is pertinent to mention here that only 50 years back  people were dependent to a great extent on herbal medicines, Kabiraji Ayurvedy and Unani method of treatment which were very common among  the village people. Brahmmi shak was a common item at lunch which was considered to be effective for improving nervous system. Recently photochemical analysis revealed that the extract of this plant has chemicals, which can improve nervous system and brain function. Unfortunately this plant has now become rare in Bangladesh.

Medicinal plants constitute an important natural wealth of our country. They play a significant role in providing primary health care services to rural people. They serve as important therapeutic agents as well as important raw materials for the manufacture of traditional and modern medicines. Substantial amounts of foreign exchange can be saved and earn commercial production of medicinal plants.

Recently, the Government of Bangladesh has launched campaign to plant medicinal plant as it is a safe, side effectless, low cost and very effective sources of disease prevention and cure. Millions of village people can cultivate medicinal plants in their homestead garden which will give them benefit of chief medication as well as green plantation of agro-social forestry.

In view of the above facts, the present study has been undertaken to detect fungi associated with the seeds of some selected medicinal plants grown in Bangladesh.

Kirkpatrick and Bazzaz (1979) found certain seed-borne fungi on Angl’s Trumpet seeds and their influence on the colonizing herb Datura stramonium.

Gilberston and Manning (1980) isolated F. moniliforme, F. oxysporum, F. solani and F. tricinctum from both surface sterilized and unsterilized seeds of Asparagus. They also stated that Fusarium moniliforme and Fusarium oxysporum were pathogenic.

Richardson (1990) revealed that the seeds of  Datura metel var. muricata  was infected by Alternaria crassa and  seedling with chlorotic cotyledons that reduces seed quality and causes pre-and post-emergence blight. He listed different fungi, bacteria and viruses associated with the seeds of some medicinal plants. They are as follows:

The experiment was conducted in the Seed Health Laboratory, Department of Plant Pathology, Sher-e-BanglaAgriculturalUniversity, Dhaka.

The experiment was conducted during the period from January, 2006 to June, 2006.

The species of medicinal plants included for the present investigation were as follows: Plate . Seeds of different medicinal plants: A) Asparagus seeds, B)

Inspection of dry seeds was done according to the International Rules of ISTA (1999). In this method, randomly 400 seeds were taken from each material and visually inspected and graded into three categories; i) Apparently healthy seeds; ii) Discolored seeds and iii) Shrivelled and malformed seeds. The seeds under each category were counted and calculated the percentages of each group. After recording the data of dry inspection, all the materials were kept to use in blotter test.

Blotter method test was done in petridishes following the International Rules of ISTA (1976). Two hundred seeds were taken randomly from each sample and were placed in petridishes (25 0r 10 seeds per petridish according to the size of the seeds). Both without pre-treated and pre-treated seeds were used in this method. HgCl2 solution (0.01%) was used as sterilizing agent in which seeds were dipped about one minute and then washed with sterile water and kept 5 minutes to dry up. Then both pre-treated and without pre-treated seeds were placed in petridishes. Before plating seeds, three pieces of Whateman no. 1 filter paper dipped in sterile water and then placed on each dish. The petridishes with seeds were then incubated in the incubator at 22 ± 20 C under an alternate cycle of 12 hours light and darkness in the Seed Health Laboratory, Department of Plant Pathology for 7 days. During incubation water was supplied as required. Seeds were examined after 7 days of incubation to detect the fungi. The fungi were identified by observing their growth characters on the incubated seeds in blotter method under stereomicroscope at 25 X magnification following the keys of Nath et al. (1970), Chidambaram et al. (1973), Ellis (1971), Benoit and Mathur (1970), Mathur and Cunfer (1993) and Mathur and Kongsdal (2003).

Germination was recorded on blotter method prior to detection of seed-borne fungi. Germination percentage was also determined by pot soil test. Pot soil test has been done in the following procedures

For this experiment soil was sterilized by 0.01% Formaldehyde for five days. After completion of the sterilization, the pots were filled with soil and placed in the net house of Sher-e-BanglaAgriculturalUniversity, Dhaka. For detecting seed borne fungi of the ten selected medicinal plants blotter method was used. Both pre-treated (0.01% HgCl2) and untreatedseeds were tested for detecting fungi in this method. Seven fungi, representing six genera viz. Aspergillus flavus, Aspergillus niger, Alternaria tenuis, Curvularia lunata, Fusarium oxysporum, , Penicillium sp and  Rhizopus stolonifer were recorded in seeds of ten medicinal plants. All these seven species of fungi were recorded from untreated seeds, while only three species viz. Alternaria tenuis, Curvularia lunata and Fusarium oxysporum were recorded in pre-treated seeds. Occurrence of lower number of fungi  in pre-treated seeds was due to the effect of 0.01% Hgcl2. Such reduction of seed-borne fungal inocula was observed by Mathur et al. (1967) and Nath et al. (1970a). Mathur et al. (1967) found that F. oxysporum and F. moniliforme were less in pre-treated sorghum seeds. Similarly, Nath et al. (1970a) worked for the detection of seed borne fungi of mungbean (Vigna radita) and showed that pre-treated seeds with 0.01% Hgcl2 reduced the counts of Colletotrichum truncatum, Curvularia lunata, Fusarium spp and Macrophomina phaseolina.  On the other hand, Fusarium oxysporum along with other species viz. Fusarium moniliforme, Fusarium solani and  Fusarium tricinctum were isolated from both pre-treated and untreated seeds of Asparagus by Gilberston and Manning (1980).

Seeds of ten medicinal plants were collected from Agroforestry field laboratory SAU, Dhaka and the seeds were tested for detection of seed-borne fungi during the month of January, 2006 to June, 2006.

Seed samples were categorized by inspection as apparently health seeds, discolored seeds and shriveled and malformed seeds. The highest percentage of healthy seeds were found in Changeable Rose (97.50%) seeds, discolored seeds in Indigo (5.00%) and shrivelled and malformed seeds in Butterfly Pea (4.50%). All seeds of ten selected medicinal plants are found to have above 90% apparently healthy seeds.

It may be concluded that seeds of medicinal plants attacked by different fungi   where Aspergillus spp, Rhizopus stolonifer and Penicillium sp are saprophytic fungi. Alternaria tenuis, Fusarium oxysporum and Curvularia lunata are saphrophytic, but may be pathogenic. These are the new records for Bangladesh. Considering the limitation of this research works, it may be mentioned that present studies need to be repeated including more testing methods and seeds from more representing localities to find out pathogenic nature of fungi on medicinal plants before stating acceptable recommendation.